My Mini Split Won’t Turn On: Four Common Causes (And How To Fix Them) 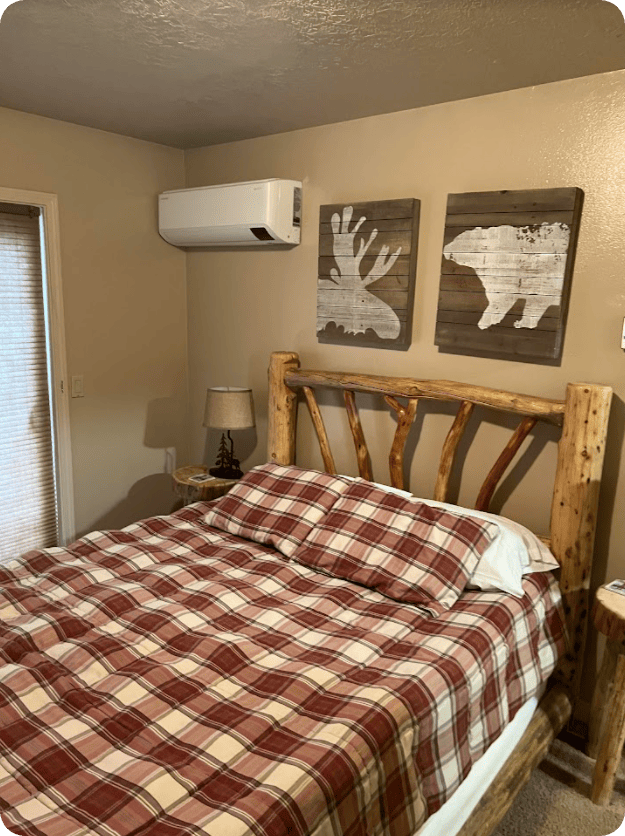 There’s no need to panic if your mini split system suddenly won’t turn on. There’s a quick, simple fix for the problem in many cases. Sometimes, you can even handle it yourself!

This article will go through some of the most common problems that result in no power to the indoor units. And, we’ll tell you how to fix them.

Some of these issues will require a licensed HVAC professional, and in other cases you need a separate cleaning — which is where HydroKleen208 comes in!

Our mini split and heat pump cleanings work hand-in-hand with proper mini split system maintenance and repairs. A fast, inexpensive visit from us once a year heads off all sorts of issues — including some of the ones we’ll cover here.

You can call us at (208) 779-5596 with any questions about the system in your Boise Metro or Valley County home. Or, contact us online to set an appointment.

Related: What To Expect With Your Mini Split Cleaning

The four most common reasons your mini split won’t turn on are:

Sometimes, just the wrong setting will prevent your mini split from powering on. If it’s set to heat in the summertime, for instance, your system won’t turn on at all. It’s waiting for the temperature to drop before turning on.

Make sure your system is turned on and set to “Heat” in the winter and “Cool” in the summer. Then, check the thermostat setting. On a related note: You may notice the air handler running, but you’re not getting warm or cool air. The problem may be the “Fan Only” setting. That’s where your system circulates that air but doesn’t heat or cool it.

Low Batteries Or No Power

If the remote for your air handler is on low battery power, or the batteries or dead, your system won’t turn on at all. In other cases, you may have tripped a circuit breaker, and your system never turned back on.

Start by putting new batteries in the remotes and then power it back on. If it works, you’ve solved the problem! If not, check for a tripped circuit.

Do Mini Splits Have Fuses?

If a surge of power hits your HVAC system, the fuse will blow before the system gets damaged. You can see for yourself by opening the panel and checking near the motherboard. Be very careful, and check your user manual for the exact location.

Some models may have a non-fused disconnect box outside near the heat pump. After that, check your circuit breaker box to see if anything’s tripped.

If the fuse is blown, replace it and power on your system. Or, flip the circuit back on. A power surge could be the culprit if you recently had an electrical or thunderstorm in the area. If the fuse blows again, however, call a professional.

Your ductless system uses refrigerant to transfer heat from the indoor units to the heat pump and vice versa. But, if there’s a refrigerant leak, your system notices the problem and won’t turn on.

Related: How To Spot And Fix A Mini Split Condensate Drain Line Clog

Check around each air handler and your heat pump. You won’t see anything leaking out because the coolant will be in gas form. What you’re checking for is a hissing sound from the gas escaping. Or a chemical smell near the units.

Turn off the system immediately and call a licensed HVAC professional if you notice either one. You need someone to fix the leak and possibly recharge the system.

Sometimes, your system can’t circulate the air as well as it should. This can result in weak airflow: The air handlers click on, but the room is still too hot or cold. When the problem gets bad enough, your mini split won’t turn on at all.

The most common cause is a dirty coil. All sorts of contaminants build up on the coil, particularly on the air handlers. That’s everything from dust and dirt to mold and bacteria. It happens in just about any system after a while. This is likely your problem if you’ve also noticed “stale” air or bad smells coming from the indoor units.

Read More: How Often Should A Mini Split Be Cleaned?

Start by cleaning out the air filter. If it’s been a while, it’s probably clogged and causing the problem. Next, call for a mini split system cleaning if you haven’t had one before. It’s a separate service from a tune-up or regular maintenance.

The difference is that even a great HVAC technician can’t get into every nook and cranny of your air handler to clean it out. It would take hours to disassemble the whole thing and scrub every component.

That’s especially the case when it comes to the coil. The tech would have to scrub between every tiny fin or ridge on it — and be careful not to bend it. Meanwhile, you’re spending a small fortune to cover the labor time for a simple but time-consuming service.

Related: What Does It Cost To Clean A Heat Pump?

Instead, HydroKleen uses specialized equipment and cleaning agents to quickly flush out all the dirt and organic buildup inside your system. It’s the best way to truly clean out the system.

For instance, here’s a coil where we’ve cleaned one side of it but not the other yet. You can spot the difference right away: 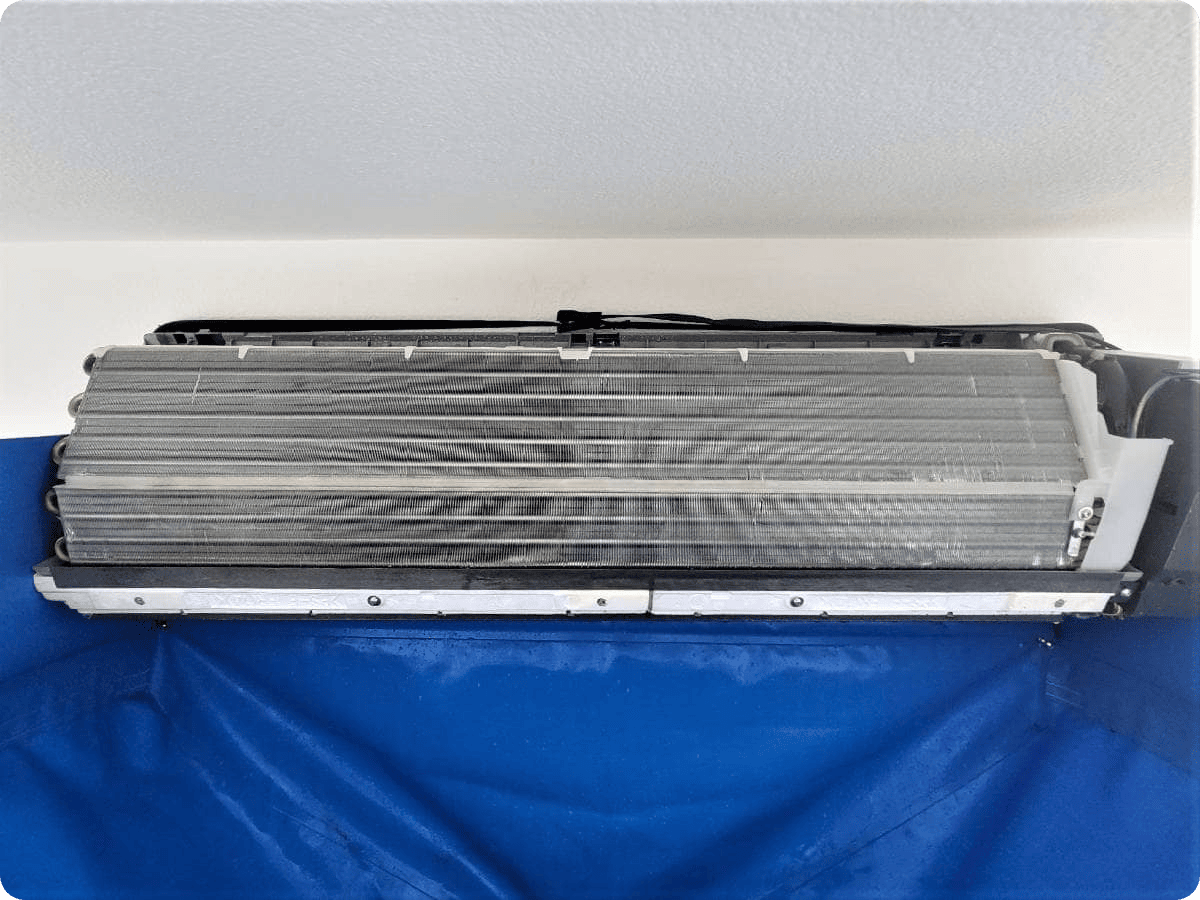 And, we guarantee results. If you don’t notice a difference, you get a full refund. And, we pay for a competitor to come out and do the job again.

HydroKleen208 guarantees the most effective mini split cleaning in Caldwell, ID and across the Treasure Valley. The visit is free if you don’t notice a difference in your mini split performance and indoor air quality. And, we’ll pay for a competitor to do the job next! Click below to contact us online. Or, call us at (208) 779-5596.